How do we promote our shiny new site?

One of The 7 Essential Meta Questions of Every Beta.

How do we promote our site? How to reach out to the experts and other potential users?

At this stage in the site's development, we're not talking about big events or promotional material, but we need to get the word out that this site exists. I think we now have clearly enough content that new users can get a feel of the site's aim, scope and quality. The primary mean for that is of course to share the news in our own communities, both on-line and in real life… If you are a regular on a chemistry-related blog or forum (or if you own a blog), make an announcement. Publish a few lines in your college/university journal or bulleting board, tell a story about it at a coffee break in your workplace, discuss it with your office and lab mates. It may seem insignificant, but word-of-mouth is the best promotion tool we have, and it starts with us!

Of course, the goal of this friendly reminder is also to open a discussion on the topic of site promotion. So, feel free to discuss any ideas you have towards promoting the site in this question...

@RichardTerett has created a high-res version of the jelly benzene sandwich if anyone needs it. Note that it's not mandatory to use that in your designs. If you have any other such awesome images, feel free to use them :)

An option that seems to be working on Mathematica.se, is a community promotion ad on a graduated site. It took us a while to come up with a good one, but the click through rate, thus far, has been fairly good. That, and we can definitively say we have at least one additional avid user (200+ rep) from it.

Edit: we now have a community ad running on Physics (stats here): 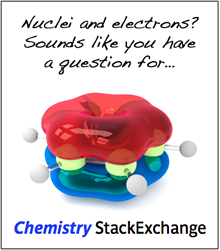 And a proposed ad on Electronics (stats) 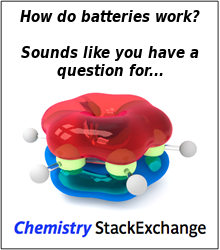 In reply to Aesin's comment above, it might be useful to make a one-page poster for our users to display in their local department/lab/office/club/etc. So, I'm creating this community wiki answer to track our progress. Edit it below (or comment) to add your ideas or link to a poster you have made. 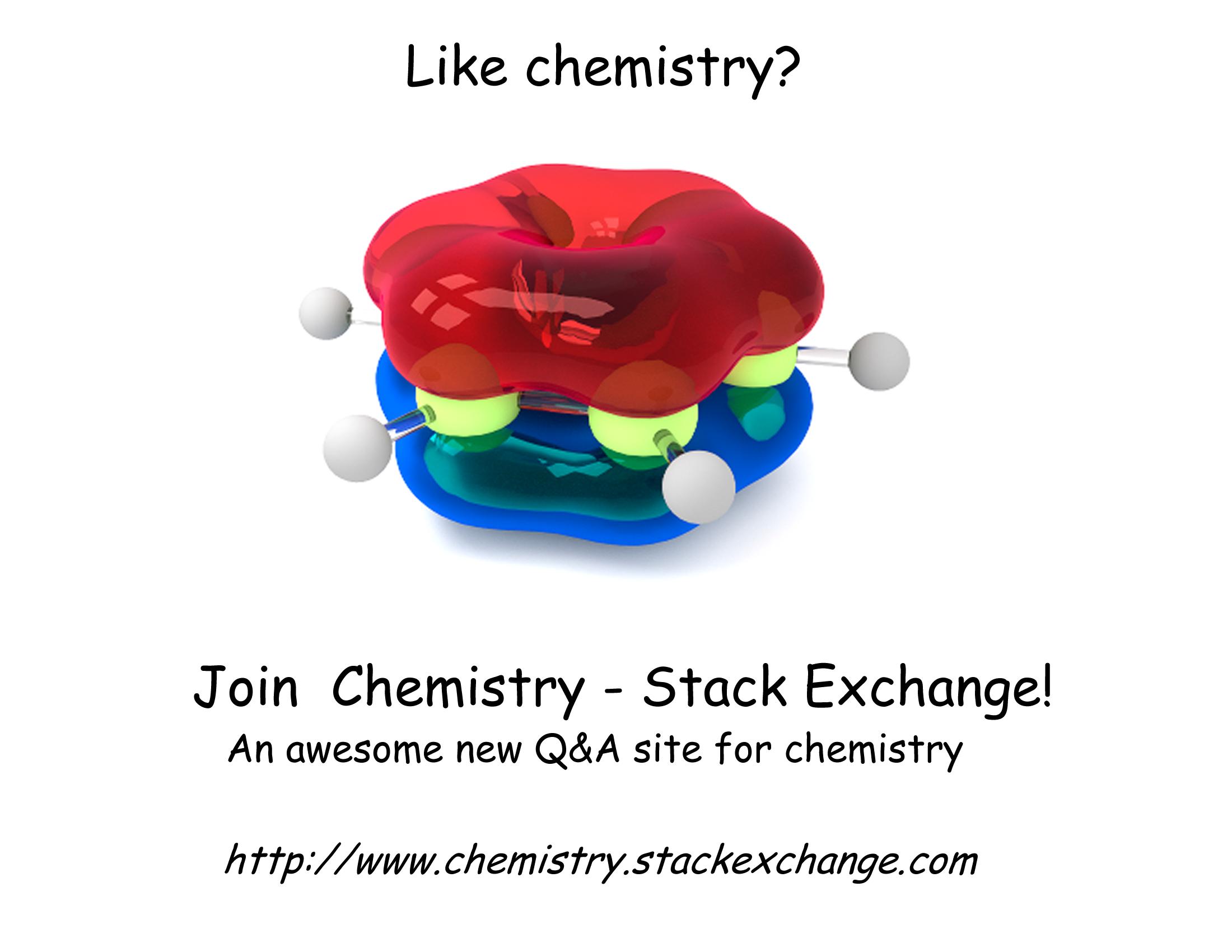 Another one (PDF link): 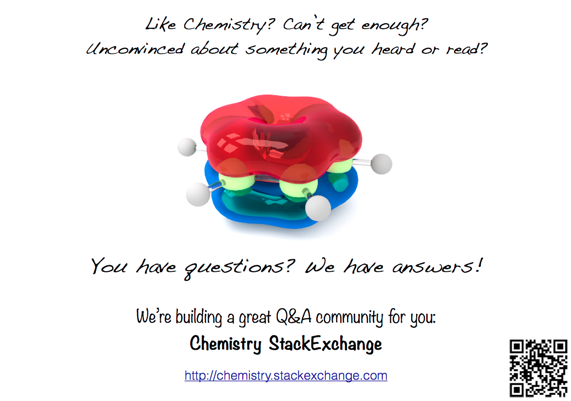 I realize this is an older question, but I still think promoting this site is really important.

My thought was to hit up the questions with the most views and create banners for them. I'd be willing to do this for the top 50 questions on the site over the course of the next several weeks.

These banners could be used to spread the message across social media. 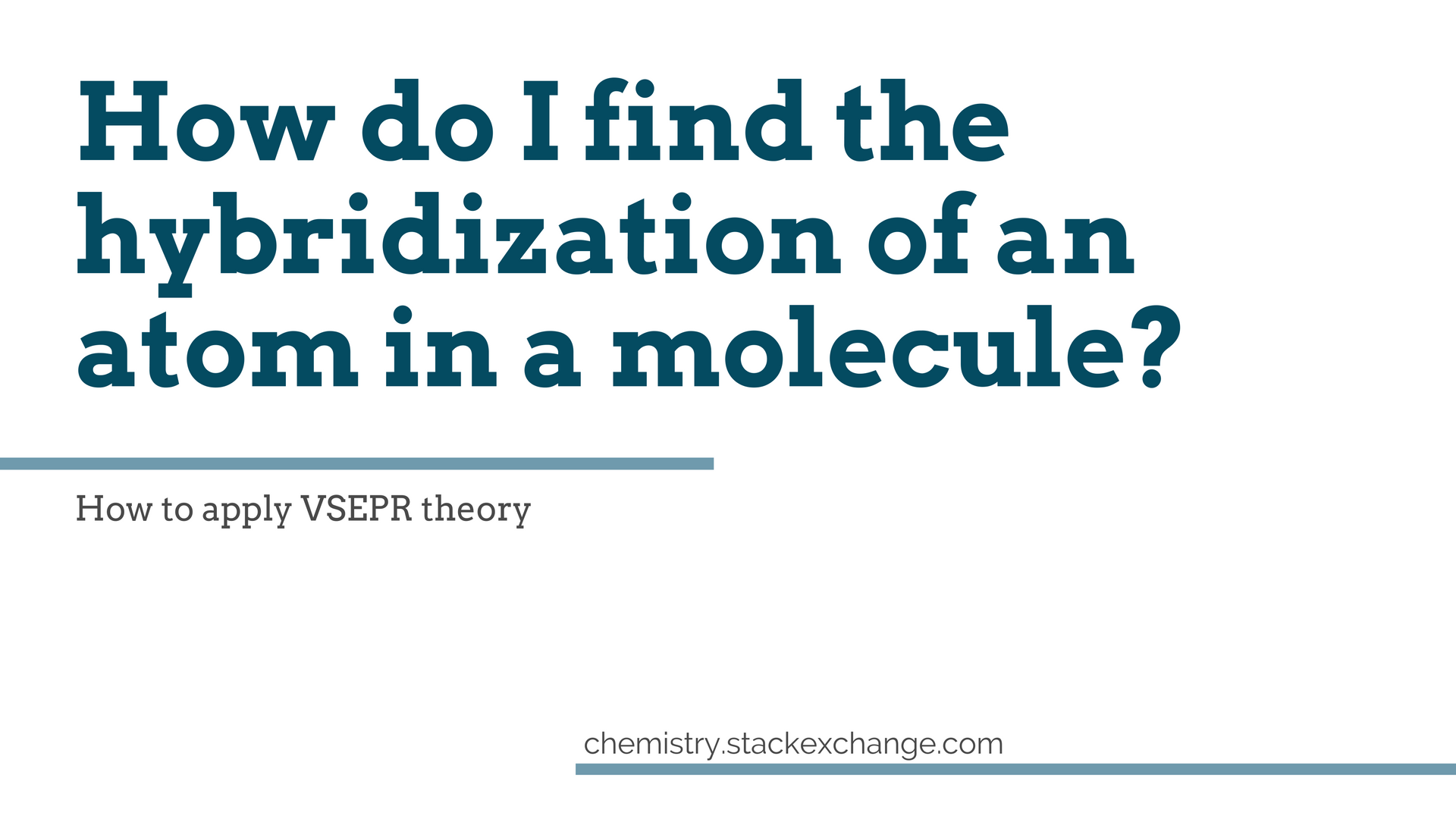 I made the above banner for one of my questions (to cause no offense) very quickly as an example. In a real application, I would work to make the banner resemble something from the question -- perhaps a graphic depiction of orbitals or something of that nature.

In addition to banners, perhaps graphics could be created and added to the question itself. These graphics could add a nice visual to the question. This question, for example, has a nice visual. That was an example, only. As mods and meta folk, it would be a bad idea to use examples from a text book, but if we were to create our OWN pictures to liven up posts and which would:

I realize this would be a lot of work, but I'm willing to make a few banners for the x most popular questions so they an be spread on social media, if this would help the site. And if anyone would want to help with verbage, then we could get a lot out.

Not the answer you're looking for? Browse other questions tagged discussion 7-questions site-promotion .

14
Posting "Community Promotion" onto other SE sites
8
What can I do for this site?

3
What should our custom off topic reasons look like?
52
Chemistry site design
1
Should we link new users to the homework policy right in the first comment?
19
Chemistry SE on your CV / résumé / other professional avenues