I'm reading through old questions and there is a distracting proliferation of "welcome comments" by Martin:

Welcome to chemistry.se! If you have questions about how to beautify your posts, have a look at the help center. Do you want to know more about this site, please take the tour. – Martin - マーチン♦ Feb 13 at 4:40

Nice sentiment, but surely this is not how comments should be used?

Should they all be flagged as obsolete? 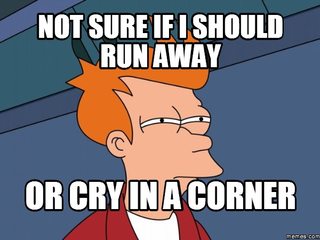 I'm one of the welcome-commentators. IMO they're one of the things that indicate our site's friendliness. I would by no means want their posting stopped. Comments are not first-class info, so there's really nothing wrong with this.

That being said, I don't really want to see a welcome comment of 2014 welcoming a user that has 2k reps now. I occasionally 1 take a look at our older questions to remove obsolete comments. I agree that welcome comments older than a month are no longer needed. You can flag them as obsolete, and our mods will hopefully remove them.

1: Haven't done them recently and @Martin's looking to kill me because of that.

If the welcome comments are distracting, they can be removed and probably even should. So go ahead and flag them. As a mod, these are particularly easy to deal with, too.

Thank you for having an eye open for these things.

For what it is worth here are some of the points that I consider when writing these comments. There is a nice script/ add-on/ extension, AutoReviewComments - Pro-forma comments for SE, that automatically informs you how long the user is a member and how much rep s/he already gained. Occasionally I check if the Informed badge was already given. I post these comments to users which I think are new to the system and might need some guidance. I have addressed that on meta before: Shouldn't we be a bit more welcoming to new askers/ posters?
With that in mind, I will post the comment also to users, that have an association bonus. While I think that most users coming from a different network know about the system, I also sometimes see, that they don't know how to use the site. But I decide that on a case by case basis. Since comments are expendable I don't feel any harm doing so. I also think there is not right or wrong usage for comments (ultimately they should all be deleted).

When you start flagging these comments, make sure that you flag for everything that can be cleaned up, if there are multiple things to address, use a custom flag on the post itself (It is much easier to purge the comments instead of deleting all the flags).

Not the answer you're looking for? Browse other questions tagged discussion comments .

8
Improper question titles/questions
6
I question the inclusion of edit statements in the posts
21
Shouldn't we be a bit more welcoming to new askers/ posters?

5
Community evaluation #3 -- please posts your thoughts/comments here
21
Shouldn't we be a bit more welcoming to new askers/ posters?
22
How many shots will it take me to kill you with a neutron gun?
18
What do I need to know about tagging?
7
What can I do to clean up old comments?
16
Everything you need to know about Synthesis Golf
13
Are we overzealous with "policy" comments?
4
Flagging old, low quality answers as VLQ/NAA instead of just downvoting them?