How to ask for "a good reading/reference"

I've been away from chemistry a very, very long time. Many things have changed since, and denoting iodine by $\ce{I}$ instead of the traditional $\ce{J}$ is just the least of it.

I do know that questions like this will invoke a downvote tornado, so I will delete this question, given one to three days, hoping to get some hints by the good-willing users.

Question is, what should I read to update my knowledge without having to start from zero?

Edit (to give an extreme example): at my pre-school days, electrons orbiting an atom where depicted like planets orbiting a star. This very picture was dismissed even then, but only by hand-waving arguments.

Edit2: Thank you all for all your answers. Regrettably, I can't clone myself to look at all those resources in parallel.

I had a look (and still have) at http://www.chemguide.co.uk/ , and though it mostly states what I already knew, I hit some surprises: $\ce{AlCl3}$ has covalent bounds! Never thought of it, never before read about that.

But I want to speed up. Additional question: where can I find any cheat-sheets or exam questions (+answers) so I can speedily check my current knowledge to detect what I've missed, what is new and what I simply forgot?

I concur with @Ϻ.Λ.Ʀ. About Chemguide. It's very thorough, and has internal links to other concepts (like HyperPhysics, if you've seen that).

Chemical Structure & Reactivity by Keeler and Wothers is an excellent text. 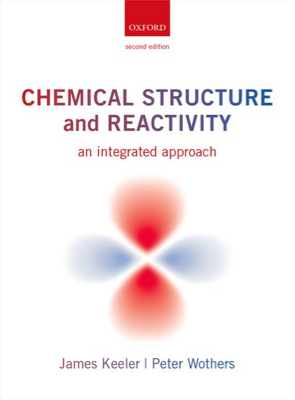 It's aimed at Undergraduate courses in the UK so is fairly thorough (compared to the U.S. at least), and is more mathematical/detailed than your typically find, so if you have some prior knowledge it won't feel too dumbed down.

The chapters are fairly self-contained too, so you can dip in and out at will.

The most interesting book I've read which i feel will be good for intermediate level study is Concise inorganic chemistry by J d lee, wiley.. This book is the only book I've seen in inorganic which has so few reactions you won't believe it's an inorganic text. Buy this after you understand basic Chemistry..

P.S. For the doubt you had regarding the Covalent behaviour of AlCl3.. Every bond has some ionic and Covalent character.. It depends on polarising power of cation and polarisability of anion.. Read fajan's rules. Al3+ has high polarising power.. Thats why it's compounds are dominantly covalent.

3
How to learn chemistry?

22
How to ask and answer nomenclature questions?
13
How good is the organophosphate tag?
28
Let's not close questions as homework except for blatantly obvious cases (at least for a while)
20
Two years later …
1
Is there other way to ask reference from interesting answer without enough reputation?
1
Should we link new users to the homework policy right in the first comment?
4
Flagging old, low quality answers as VLQ/NAA instead of just downvoting them?
7
A tag for complete active spaces, multi-reference, multi-configuration